Are You Willing to Discover the Medina of Fes ?

Guided Visit of Fes city, and its wonderful medina

Our Cultural Tour of Fes offers to you a unique chance to live An Amazing Adventure during your journey in the Imperial city of Fes.

Walking Tours of Fes - Half day-

You will commence the Fes Tour at the Old Medina ( Fes el Bali ) , called too the Ancient Medina, the world’s largest car-free urban space….

We will start our tour to the Ramparts of Fes by the most important gate of the Royal Palce and many more amazing places ..

Our Best Excursions from Fes City

Back in time, with the roman civilisation in the archaeological site of Volubilis next to the imperial city of meknes city across the holy city of moulay idriss zerhoun, a unique experience on our trip.

From Fes to The Middle Atlas

The excursion to the Middle Atlas Mountains gives you the opportunity to experience its beautiful cities, Immouzer, Ifrane, Azrou. and its amazing lakes and beautiful water sources as well.

Excursion from Fes to Chefchaouen

During The Andalucian excursion, you will start from Fes to the Blue city of Morocco, chefchaouen, locally called chaouen. the city is situated in the Rif Mountains, just inland from Tangier and Tetouan.

From Fes city to the Desert of Merzouga across the middle atlas mountains, one night Inside the Magical Erg Chebbi Dunes in Merzouga Desert and Back to Fez city.

The Sahara expedition from Fes 3Days

You will set out on the first leg of our Moroccan Sahara adventure, from Fez City To the Ergg Chebbi Sand Dunes in the Desert of Merzouga, and Back to Fes

This three days tour will take you from Fez to the Desert of Merzouga, then to Ouarzazate and Marrakech by visiting the amazing Gorges and the Kasbahs as well.

See whats happening in Fes City, or add a new item to our Directory. 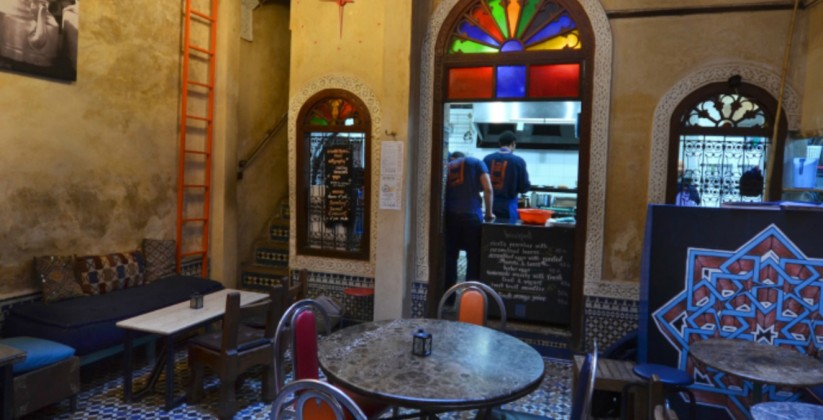 CAFES AND RESTAURANTS OF FEZ 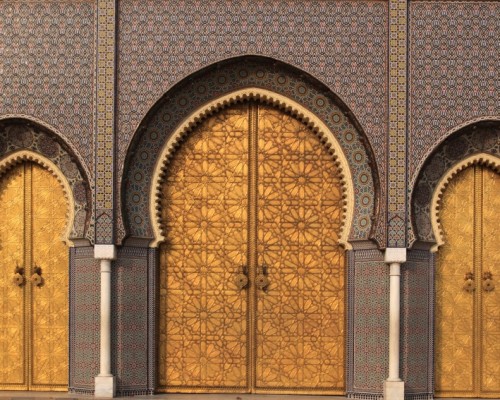 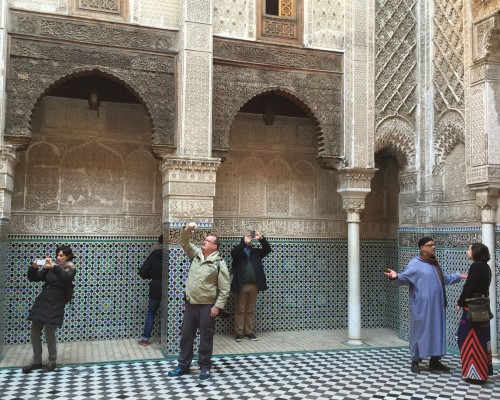 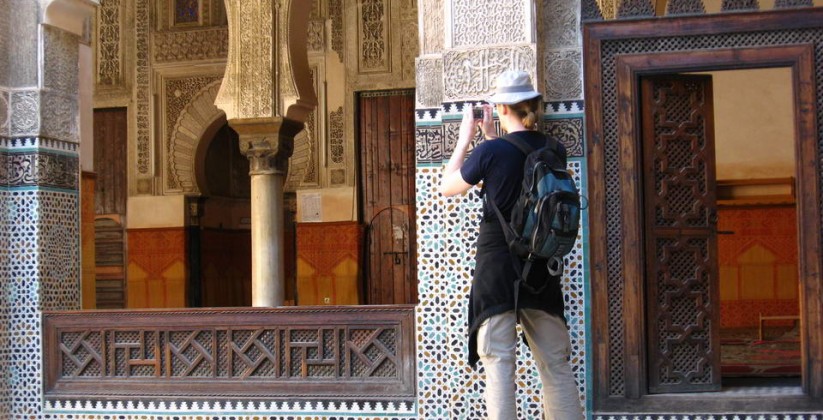 THE CULTURAL HERITAGE OF FEZ 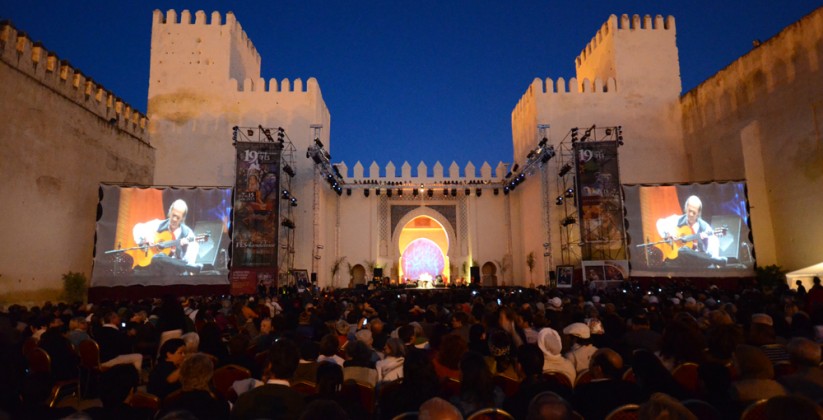 THE ARTISTIC SIDE OF FEZ 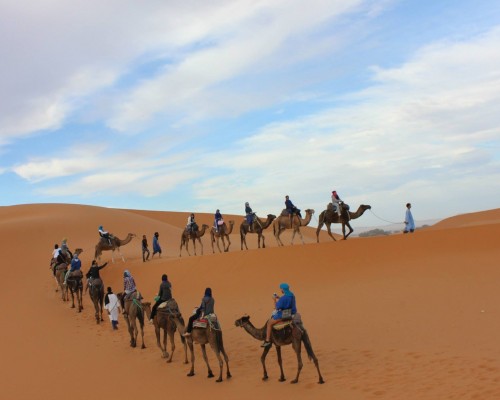 THE FUN SIDE AND ATTRACTIONS OF FES

Fez Guide Advisor, plan your Travel to Morocco and experience its Authentic Imperial cities and Desert

A Guided Visit to the fascinating City of Fes and its wonderful medina.

Holidays to Morocco, Enjoy your Private Tour to Morocco with us

Called Fes Or Fez, One of the most largest city in Morocco, its medina is the world’s largest car-free urban space, & Also known as One of the fascinating imperial cities in Morocco.

Fez is an extraordinary city that traveler should visit at least once a time in his Lifetime to explore its attractive sights and sounds.

Fez city known as The Spiritual Capital of Morocco, it hides the major Cultural & intellectual center inside.

Tour to Fes Medina and its Ramparts with a local Guide, and private Driver.

Marrakech Holidays, from Fes To Marrakech by visiting the Desert in a Private Tour

The imperial city of Fez won’t stop fascinating you by its spiritual, cultural and historical sides. It does also stands out by its annual Festival of World Sacred Music.

The Old Medina square of Fez represents the oldest and biggest car free market in Morocco.
You will be amazed by its diversity and maze like narrow streets.

For a glimpse of the Sahara, there’s the desert town of Merzouga, near the impressive Erg Chebbi sand dunes; Accessible via camel treks.

The Atlas and Rif Mountains Tours

For the explorers and enthusiastic visitors, they can hike between Berber villages in the High Atlas or head to the blue-hued Andalusian town of Chefchaouen to explore the Rif Mountains.

For all the beach lovers, you will love the laid-back sight of Essaouira and Sidi Ifni on the Atlantic coast, while surfers could head south to Taghazout to live their passion.

For a throw back in the history of Morocco you will enjoy contemplating the holiest town of Moulay Idriss Zerhoune. Plus, not too far you will get the chance to scroll through The Roman ruins of Volubilis which signifies the ancient and glorious side of our country.

Arabic is the official language in Morocco, but you’ll also hear French, Spanish,English, Berber and various dialects due to the cultural mixture of our country.

French continues to be widely spoken in cities; foreigners are often addressed in this first. Spanish is still spoken in Tangier.

There are also three main dialects spoken by the country: Tashelhit, Tamazight and Tarifit.

You can visit our country from any part of the world and be sure you will be understood and getting the help you need because Moroccans simply speak every language and can communicate with all nationalities.

Find your Hotel in Morocco with us

Signup for the newsletter and be the first to receive price alerts, coupons for Holidays discount, Travel expert advice, and important tips. You may also easily create an account with one click to make your Travel to Morocco easier.

The Last Posts  in our Blog 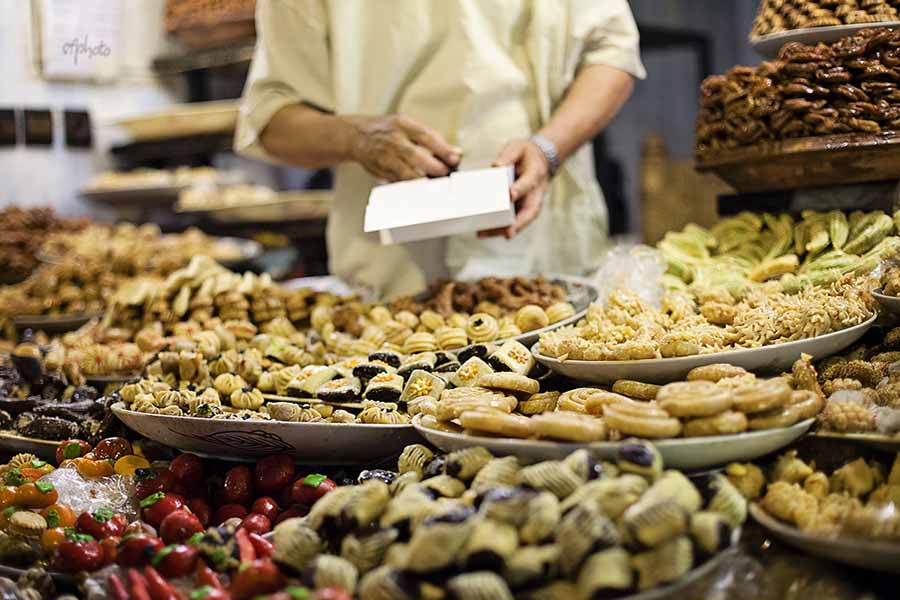 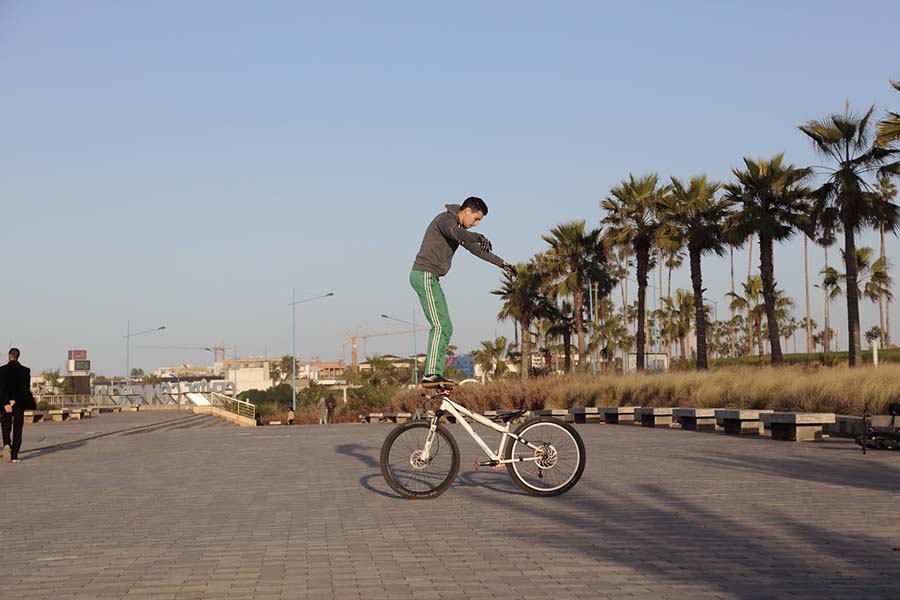 The diversity of Sports in Morocco

The diversity of Sports in Morocco Morocco is doing a lot to keep up with the increasing interest in activity and sporting holidays. In addition to its magnificent trekking opportunities, the country also offers impressive golf and tennis facilities, a couple of ski resorts (plus some adventurous off-piste skiing) and excellent fishing. The national sporting [...] 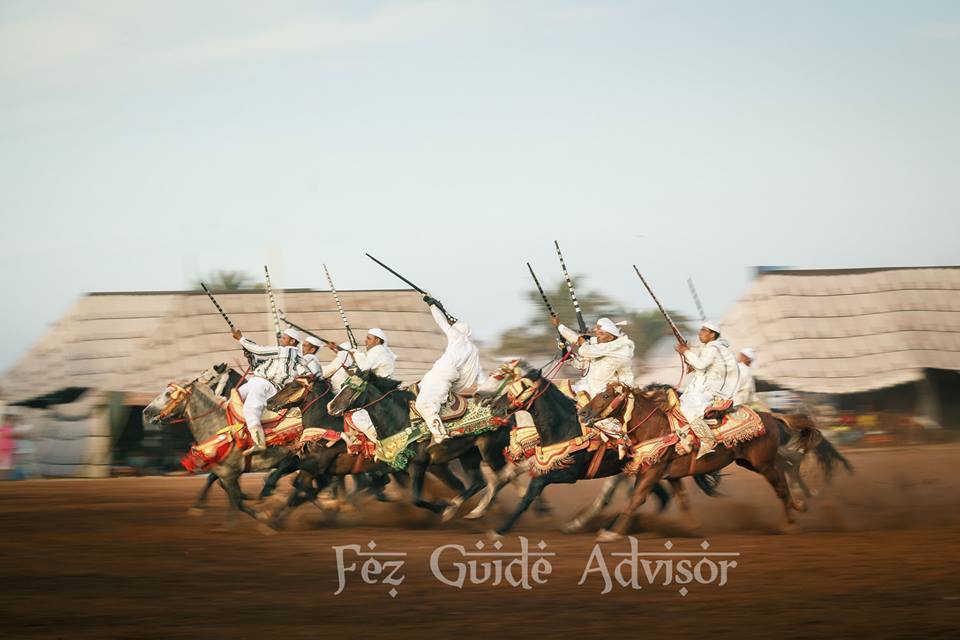 The Music within Morocco

The Music within Morocco From the ancient folk pieces of the Berber mountain communities, to the Arab-Andalusian music of the cities, to the roots-fusion that you'll hear blaring from taxi radios and café ghetto blasters, music is the ultimate expression of Morocco's culture. Berber Music The Berber are the first known inhabitants of Africa’s north-western [...] 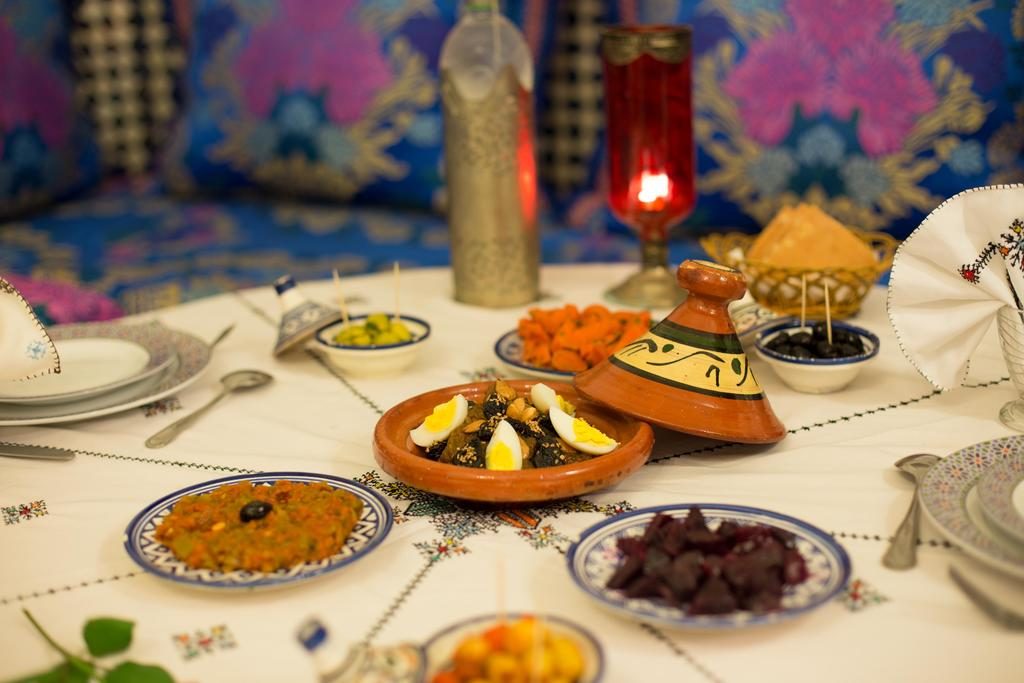 The World of Moroccan Cuisine

The World of Moroccan Cuisine Morocco, unlike most other African countries, produces all the food it needs to feed its people. Its many home-grown fruits and vegetables include oranges, melons, tomatoes, sweet and hot peppers, and potatoes. Five more native products that are especially important in Moroccan cooking are lemons, olives, figs, dates, and almonds. [...]